Every failure has made me a better designer. Seeing the fail states if games, either in playtesting or after publication, has shown me a dozen different areas where I can hone my craft. Recently I decided to step back and look at the broader patterns which highlighted four different core design structures that need to be carefully tended in order to produce a compelling outcomes.

Every game can be viewed as a combination of four distinct structures, and the balance of effort among these areas will vary greatly depending on the nature of the project. How you combine these elements is an important decision for any designer and it’s worth your attention. Two of these structures (System and Setting) are well trod territory, but I rarely see mention other two (Situation and Subtext) and wanted to share my framework more broadly.

System consists of the rules and procedures of play. This is all about how you play the game, and how the person at the table will interact with the fiction you create. Rules mechanics and resolution systems all fall into this structure. A weak system tends to result in a game experience that depends on the personal competences of the participants in order to create a compelling play experience. The expression of a game “so good that we never touched the dice” dice stems from weak systems.

Setting consists of the fictional context for play. A setting can be as broad as a galaxy, or as small as a tiny pub where everyone knows your name.  Setting often represents and existing genre of fiction, but there is plenty of room for innovation in this realm. A weak setting feels bland and generic. There is no flavour to play, and the narrative is shallow.  Indistinct character personalities and lack of immersion into your roles are symptoms of weak settings.

Situation consist of the inciting incidents and the purpose of play. This is all about why you are playing the game, why your characters matter in the setting, and why the system will help them shape the narrative. A weak situation feels aimless and undirected. The participants have no strong direction or guidance in how they should be acting or what they should be doing. If the players are purely reactive to the GM’s plot or the fiction feels “on the rails” it’s a sign that the situation isn’t giving motivation.

Subtext consists of the deeper meaning and symbols associated with the game. Every game is a reflection of the real world in some way, and the subtext is all about intentionally crafting the messages and politics encoded in play. A weak subtext feels unintentional or unimportant. The participants are driven to achieve their practical goals, but those goals don’t align with the player’s personalities or passions. If a game that feels uncomfortable to play, or seems to accidentally perpetuate harmful philosophies, it might be a sign that the subtext is unintentional in nature.

An example in action. My first game was titled the Spark Roleplaying Game and it was a mixed bag. The system was fairly robust and moderately well implemented in hindsight. It didn’t have a single cohesive setting, but did give some amazing tools for creating your own settings at the table as a group. The lack of a singular setting led to very weak situations and only allowed for the simplest of subtext. The game had all of the basic functionality necessary to play, but that game itself wasn’t compelling  enough to stand out from the crowd.

Consider answering these questions to explore how these different structures fit into your own game projects.

1.       What does your system encourage players to do at the table?

2.       What is the most important mechanic, rule or procedure in the system, and why is it key?

3.       What about your setting is mundane, relatable and human?

4.       What about your setting is wondrous, fantastic, and exciting?

5.       What is the situation that encourages the players to interact with each other in play?

6.       What is the situation that encourages the players to interact with the setting in interesting ways?

7.       What kinds of player behaviours are encouraged by the combination of system, setting and situation?

8.       What is are implications, morally or politically, of those behaviours? 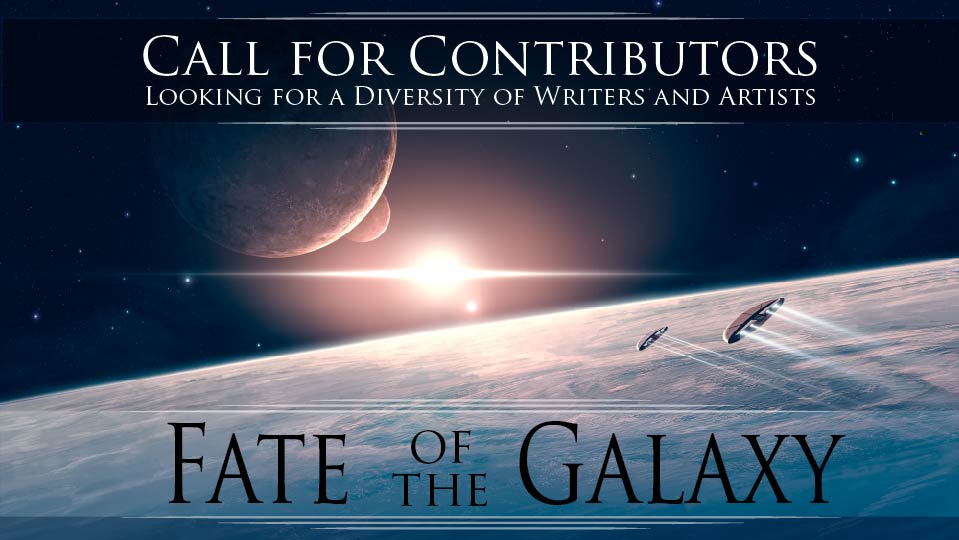 We just released our first major public announcement for Fate of the Galaxy, and we are blown away by the enthusiasm fresh out the gate. One of the key aspects of the game is that we are trying very intentionally to design the game with a focus on inclusion, and we need your help.

We will need artists to illustrate the diversity of this open galaxy, the powerful leaders of the fringe worlds, and the fragile beauty of the worlds they protect. Our current artistic direction is to present grey-scale or minimally-coloured images, and we would love to see anything that you have in your portfolio. Our general guidelines, including our standard rates of pay, are available here. We welcome experienced and new talent alike!

If you are a freelance writer from a marginalised community, please fill in this form to let us know your interest. We will be selecting a number of folks to write new Core Systems for the game as part of the kickstarter process, each which will present a different vision of the space opera genre. Any writers chosen would work with us and our brilliant editor, Amanda Valentine, to develop this setting.

We know that the design team on this project consists of three cis-white dudes (Jason Pitre, Mark Richardson & Brian Engard), which is why we need your contributions. If you are a creative from a marginalised community, we need your help to make Fate of the Galaxy a success for everyone. Please don’t self-reject or let imposter syndrome hold you back.

The call for contributors is open from now until May 31st, 2018.

The Fate of the Galaxy rests in your hands. 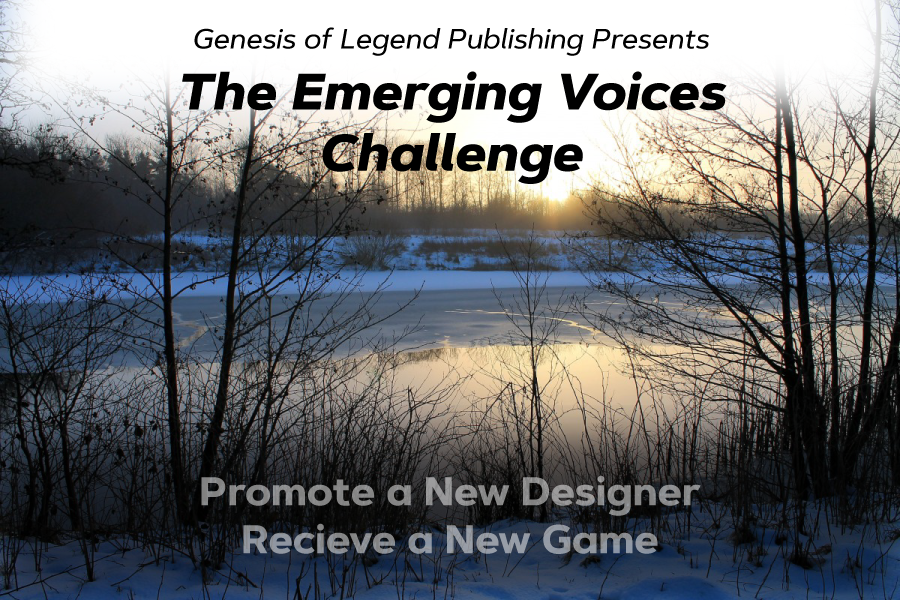 February is a cold and dark time, with our eyes eagerly searching out the sun. It’s time to look to the future. Inspiration and art, from fresh faces and bold voices, will drive us forward into the New Year. For the month of February, we want to spread these stories.

We want you to publicly promote or review an analogue game produced an emerging voice. This could be from a new creative, who are just crafting their first game. It could be from a more established pioneer from an underrepresented community. Lend your support and your passion for these new games and their creators.

Games are a broad category. Roleplaying games, from tiny nano-games to elaborate books are all eligible. All kinds of commercial and non-commercial larps, board games, and card games are likewise eligible for his promotion.  All we ask is that you devote at least 250 words in your promotion or review.

When that’s done, just fill out this form. We will collect all of these projects and promotions, so we can help spread the word.  We will also mail you a physical copy of our award-winning science-fiction game, Posthuman Pathways (MSRP $10).

Now let’s make February a brighter place for all of us, and amplify these emerging voices.

This was originally prepared using Storify. Six months later, that company announced that the Storify platform was being discontinued, so I salvaged it on my blog for future use. Sorry for any formatting bugs!

Memes are relatively common on twitter, but this new twitter meme from @nekoewen has produced some brilliant insights into tabletop roleplaying game and design. Due the the ephemeral nature of twitter, I wanted to collect some of the best gems which I ran across over the past few days. I limited myself to only a few of my personal favourites per designer, but you can find all of the wisdom under the google document below, enabled by @slavetothehat.

About I’ m Mark Richardson from Green Hat Designs( www. greenhatdesigns. com) This spreadsheet is a massive exercise in ctrl+ c and ctrl+ v, these threads all chained from one Twitter post by@ Nekoewen with a simple proposal: This list attempts to capture the vast array of ideas by all the va… 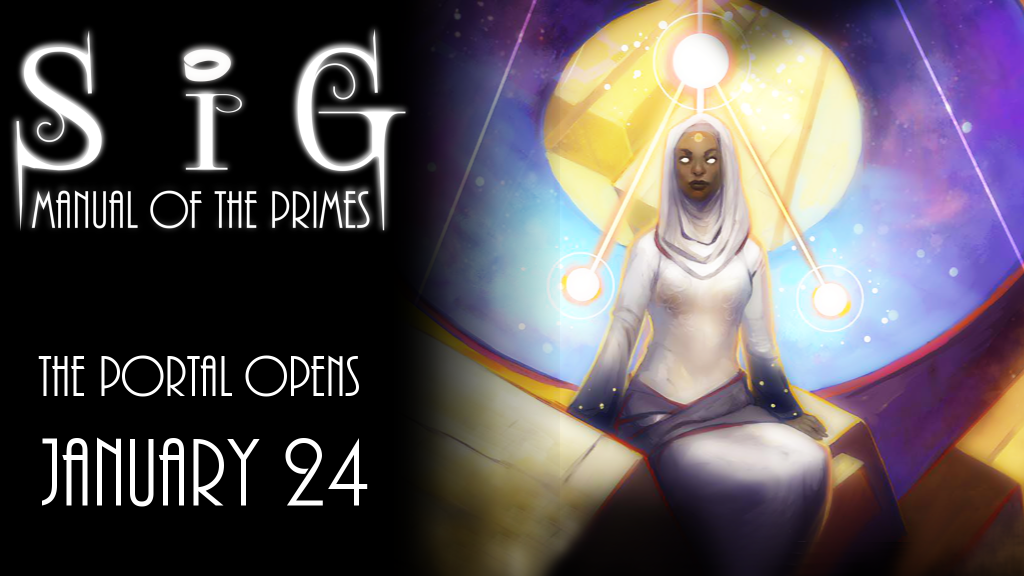 There is only one true city; a place of multiversal trade, cultural exchange, and mixed blood. A place where monsters come to scheme and gods come to die.

Sig is the nexus of the multiverse. It’s a city connected to everywhere, a refuge for the oppressed and a prize for tyrants. It’s a place where culture is at the forefront, with diverse faiths and tongues struggling for space in the crowded metropolis. It’s a city of families, both whole and broken.