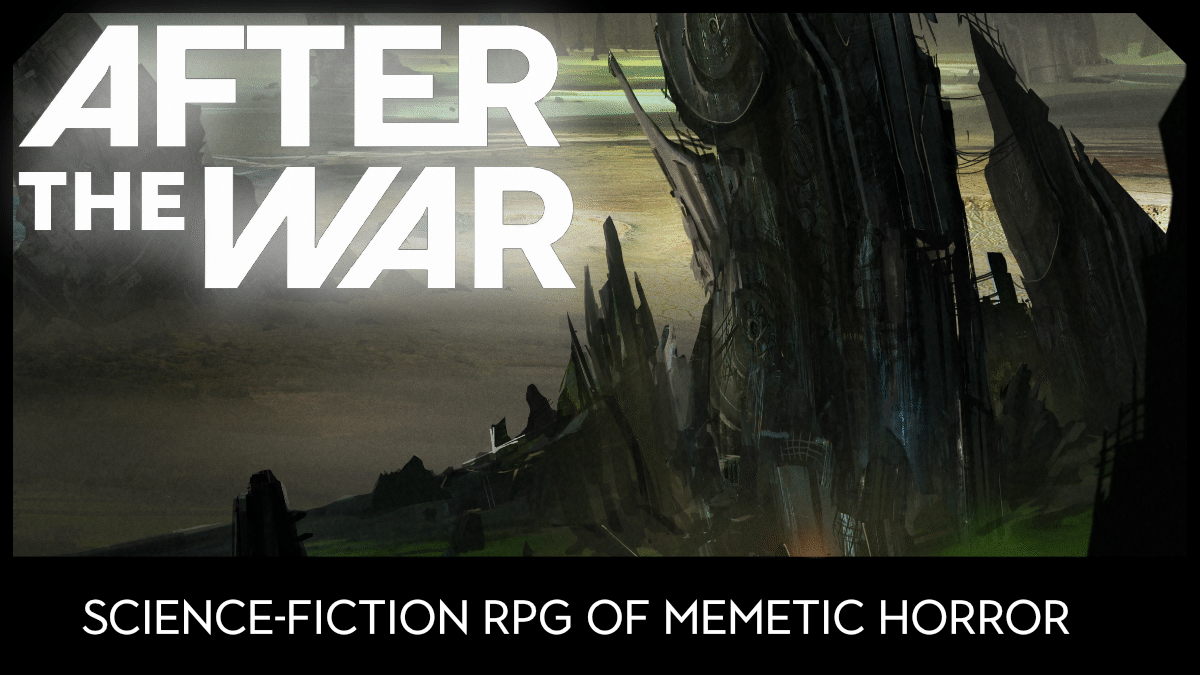 After the War is a science fiction roleplaying game of memetic horror. Ten year after the galactic war, millions of survivors try to build new homes on an alien world.

It’s been ten years since the war.

The Song was our enemy, a memetic virus which indoctrinated its victims into the Great Choir. The Song spread like a galactic cancer and overran the defenses of our multi-species Galactic Union. The Earth was scorched, artian domes cracked, and the Belt was broken. Millions of survivors fled our ruined homeworlds on the Exodus Fleet. We developed a terrible memetic weapon to strike back at the Great Choir. Now the song is dormant and we have a chance to rebuild on the frontier world of Polvo. We’ll never be able to replace what we’ve lost, but at least the millions of survivors have a chance for a new beginning. You play survivors, protectors, believers, and dreamers who refused to surrender. After the War is a tabletop science-fiction roleplaying game of memetic horror. Ten years after the galactic war, millions of survivors try to rebuild on the frontier world of Polvo. They seek to guard their new homes from internal strife and the psychic fallout from the war. In this game you are… After the War is a game of memetic horror, where even your own mind can betray you. It’s a tabletop roleplaying game of community, trauma, and healing, where players learn how to lead with compassion. 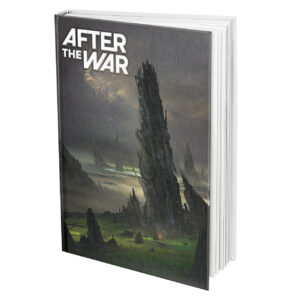 After the War would not have been possible without our 467 kickstarter crowdfunding campaign backers. We would like to thank our extensive list of backers and supporters.